Ep 8: How to prioritize when you just want to whine & wine because you’re too busy

Okay y’all, I’m gonna hit you with some tough love in today’s episode.

Let’s chat about how to stay motivated, MAKE time, and prioritize your tasks so you don’t have to be one of those whiners that doesn’t get ever anything done.

*NOTE* This episode was recorded LIVE inside my Facebook group, Brand Boldly for Service-Based Entrepreneurs. Join the group to participate LIVE and get your questions answered in real time.

Not a great listener? No worries.

Here’s a transcript of the episode

Hey!! So what I mean when I say whining is exactly what it sounds like. Being a whiner. And that’s something that I have been dealing with myself. That’s something I’ve been dealing with personally for a long time is getting caught up in that mindset of just not allowing myself to play the victim and take responsibility. And because it’s something that I’ve worked so hard to achieve myself and in my business and just personally, it’s also something that I take really seriously with my clients. And being a whiner and playing the victim and making a million excuses for why you can’t get where you want to go is like – it just drives me nuts. So I wanted to talk about that today.

One of the things that, like I already said, drives me freaking nuts is whining and not taking responsibility for your actions. And how I hear that the come up the most is when we’re talking about getting stuff done in our business, get shit done, getting shit done in our business takes a lot of energy and time. It’s exhausting too. Being a victim takes energy. Yes, it does. It really does. So, like I said a minute ago, I’ve had to overcome this myself and I used to be really bad about that, just like, especially when I was doing my business on the side and had a full time job and my job was an hour away.

So the number one thing I hear, and I totally get it because I’ve been there, is I don’t have time for this. This takes so much time and I don’t have it. And that’s why I wanted to bring this up today, to talk about ways to kind of prioritize your time and make time. Because in reality, no matter what your situation, you’re never going to have time. You have to make the time to do things. So I just wanted to go through some of the tips and tricks and organization skills that I’ve used, to keep myself, you know, on the right track, I guess all the time. So not all the time. I say not all the time, I am never on the track all the time. I don’t think any human is. And if they tell you that they are, they’re lying to you.

But anyway, so I would say if you hear this a lot or if you are personally struggling with this a lot, people saying that they don’t have time or you feeling like you don’t have time is go back to an old school to do list. Whether it’s on paper or in a notebook or you have an app on your phone or whatever it is. I use Asana, a project, a free freakin’ awesome, project management tool. If you haven’t looked into something, you should check it out. But seriously, whatever you want to do, make an effing priority list. That sounds so stupid and ridiculous, but it will help you so much.

So when you have a list, then you have to decide which things you’re going to prioritize and which things are most important. And that’s kind of what I hear a lot of clients of mine struggling with.

You hear you don’t have time, but it’s also like, okay, well I’ve blocked out this time, I’ve made time, but I don’t know what to focus on. How do I know if I’m wasting time or if this is something that’s valuable that I should be spending my time on or not? So the way that you can kind of think through that is to figure out if it’s gonna make you money. Focus on profit first. Money making tasks should always go to the top of your list.

So figuring out what the money making tasks are – go through and figure out, okay, well what’s the plan for doing this? Like let’s say you have writing articles for your blog or recording videos or whatever it is, it doesn’t really matter. I can tell you, my archetype quiz, if anybody has taken it, it’s really cool, but I spent way too long creating it. I think it took me like four and a half months to get it made. Which – it’s really cool and it’s been really valuable. But if I could go back and do it again, I would have readjusted my priorities a little bit to get it done sooner. So just figuring out, and some of that stuff is – it’s kind of hard to determine an ROI for some of that stuff. You know? There’s not an actual dollar sign attached to it. But think about the value that you’re giving and the value that your clients will get out of it. And it is it something that’s going to be worth it long term is how you determine that.

My primary archetype is the creator and then my other two archetypes are the sage and the maverick. It’s kind of a weird combination that you don’t see very often. Usually the people who are creative types don’t usually have that sage piece. I’m an INTJ if you know anything about Myers Briggs, so that makes sense there. But it’s not a very common combination, that’s for sure. Which, it kept me stuck for a really long time. But once you kind of – that’s another cool thing about the archetypes, to get kind of off track for a second – is finding those combinations that really make you different and what sets you apart and how to make it work for you and your brand. Because I guarantee you there’s something about you that’s different and that will help you stand out and just understanding yourself – using that archetype as a guide, as a starting point – but just understanding yourself is going to help you a ton with that.

So for me, understanding that yes, I have all these really great ideas and I get stuck planning and just being consciously aware of that fact about myself has made it so much easier when I’m going in to try to prioritize these tasks. So I don’t get stuck just whining and complaining that I’m not getting anything done. So basically go in, make a to do list.

And timers. I use timers on stuff too. So if you’re planning that you want to get your website done and you want it to look pretty – and we all want it to look pretty, right? Think about, okay, I want it to be completely done by this date. Let’s say, in four weeks I want it to be totally and completely done, launched, off your to do list, get out into the world. So then I would go back and reverse engineer dates on my calendar. Like, if it needs to be done, then I need to have this done by then and this piece and this piece. And then when I, you know, block off the to actually work on it and set timers for yourself and hold yourself to it and hold yourself accountable.

That’s one of the things that took me a little while to learn when I first started my entrepreneurial journey, you know? If you have a corporate job or if you’ve been in that world forever, people set deadlines for you and people set dates for you and are there to hold you accountable. But with your business and that’s all up to you buddy. No one’s gonna make you do it except you. So coming up with some kind of solid system to hold yourself accountable like that is super, super important.

Those are my main tips for not letting myself fall victim and be a whiner because really at the end of the day, like I said a second ago, it’s your responsibility and nobody’s going to make you do it if you don’t do it. And nobody wants to be a whiner and nobody wants to be a victim. I realize how important that is. And that’s just something that I have. I’ve put boundaries. We’ve talked a lot about boundaries already in this group.

That’s pretty much my chat on whining and not being a victim. Like I said, I hold it pretty close to my heart because it drives me freaking nuts when I constantly hear that stuff from clients over and over and over again. So it’s super important to just take responsibility for your stuff and you know, make sure that whatever you’re committing to you can actually get it done and you can actually hold yourself accountable. And there are so many cool ways that you can do that. Aside from just a to do list. Seriously get a board and put it up on your wall. Or sticky notes. Or whatever your system is. Figure out your system to get it done.

Keep it short and sweet today. Taking responsibility is huge and taking back the power because if you can’t do it for yourself, no one else is gonna join you on the journey. It’s been awesome talking to you guys today! 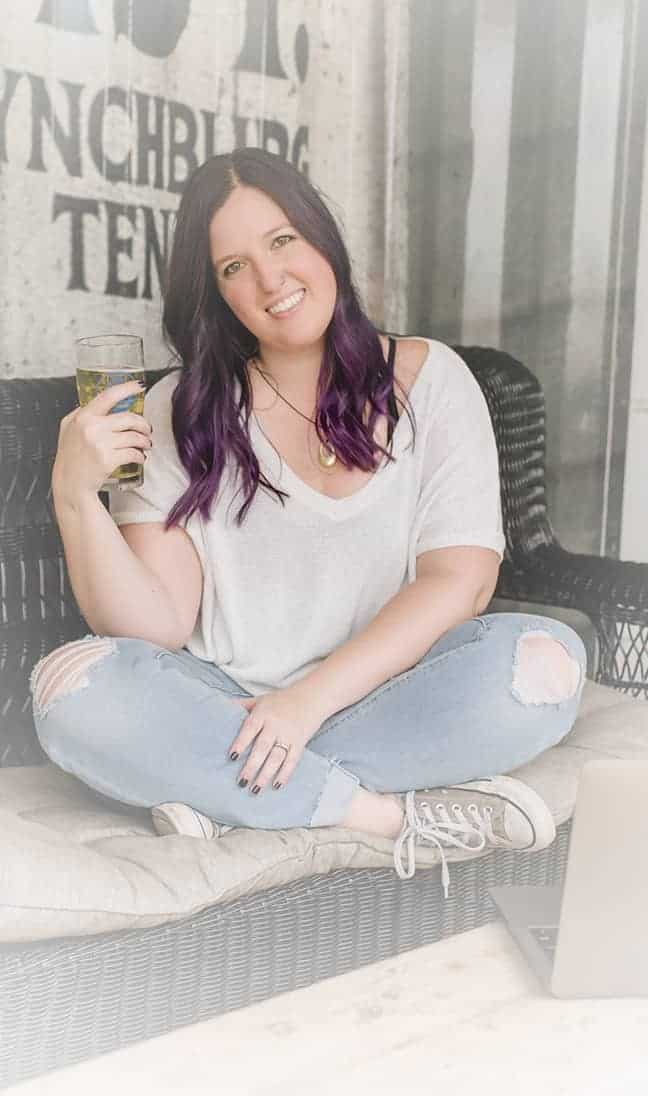 I’m a Creator archetype, INTJ, and music snob. I will fight you if you try to convince me that a MacBook is an instrument. It’s not.

But as far as this whole business thang goes… I’m basically a weird mix of creative-big-picture-thinker and analytical strategery all rolled into one.

I can help you use your unique personality to stand out BOLDLY online and attract your ideal clients like a freakin’ magnet – just by being YOU.

my brand new VIP day puts YOU in the spotlight –

💛 sick of being the best kept secret on the int

Can’t get enough of  this stuff?! 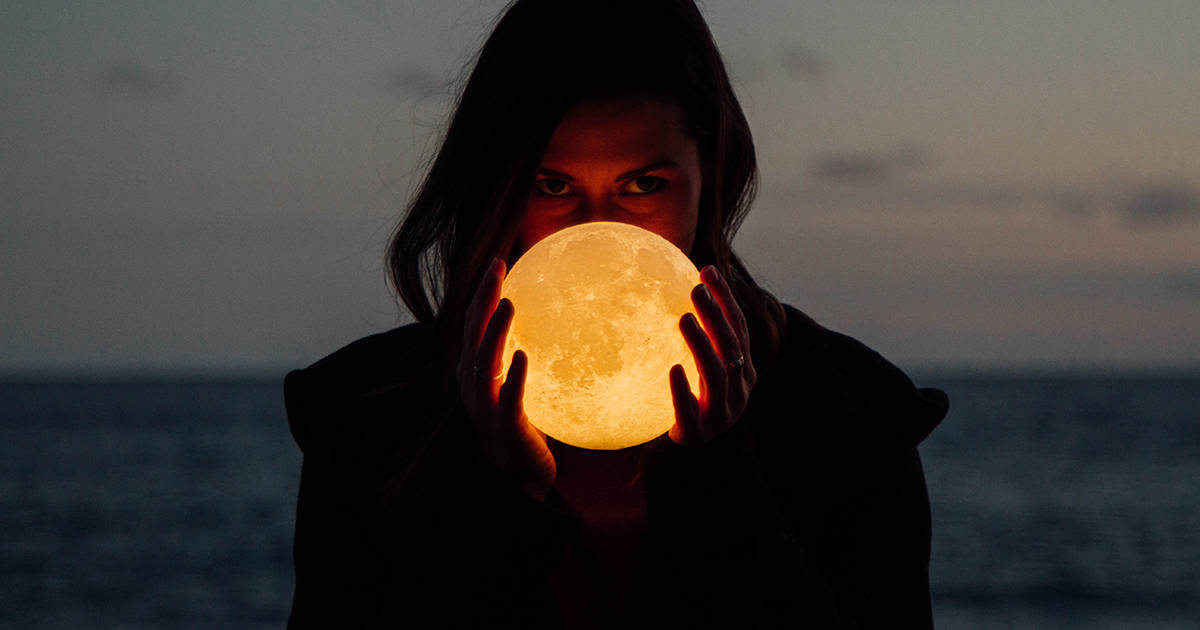 How to use the MOON for personal growth with Amy F. Aurore

Amy F. Aurore is a spiritual life coach and teacher and she’s coming in for #SpotlightSunday to talk to us about a really cool way to look at the moon and show us how it can be used as a tool for personal growth. 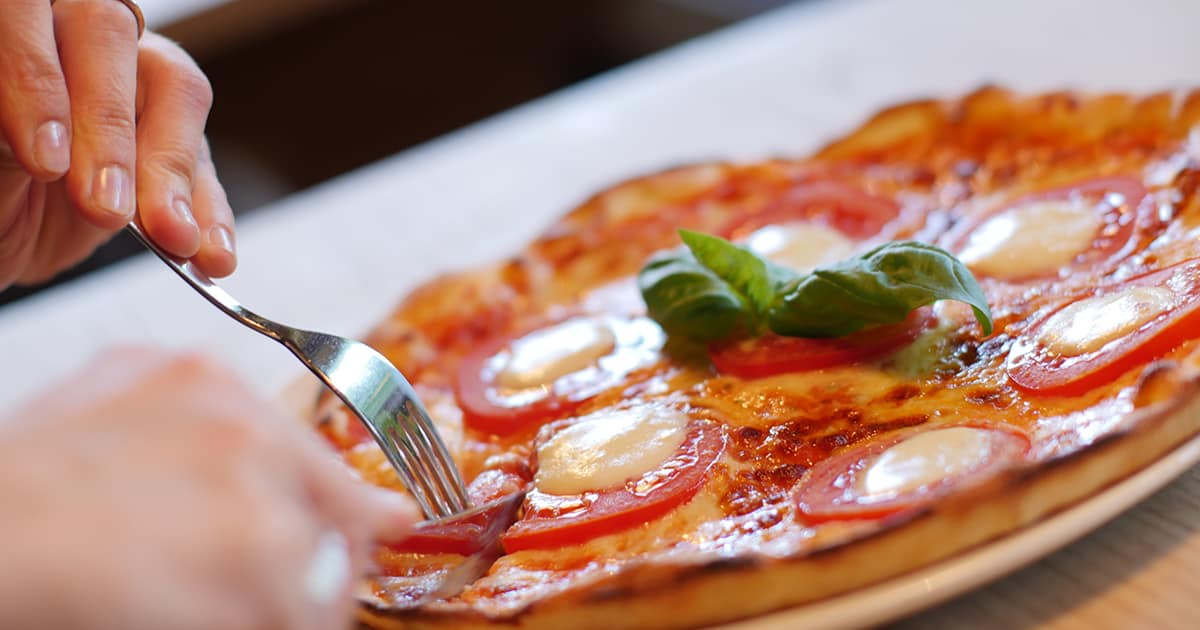 Chrystal Lessard Lofton is coming for #SpotlightSunday to share tips & ideas of how to balance YOUR priorities with your family obligations without losing your mind, your identity, or screwing up your kids! 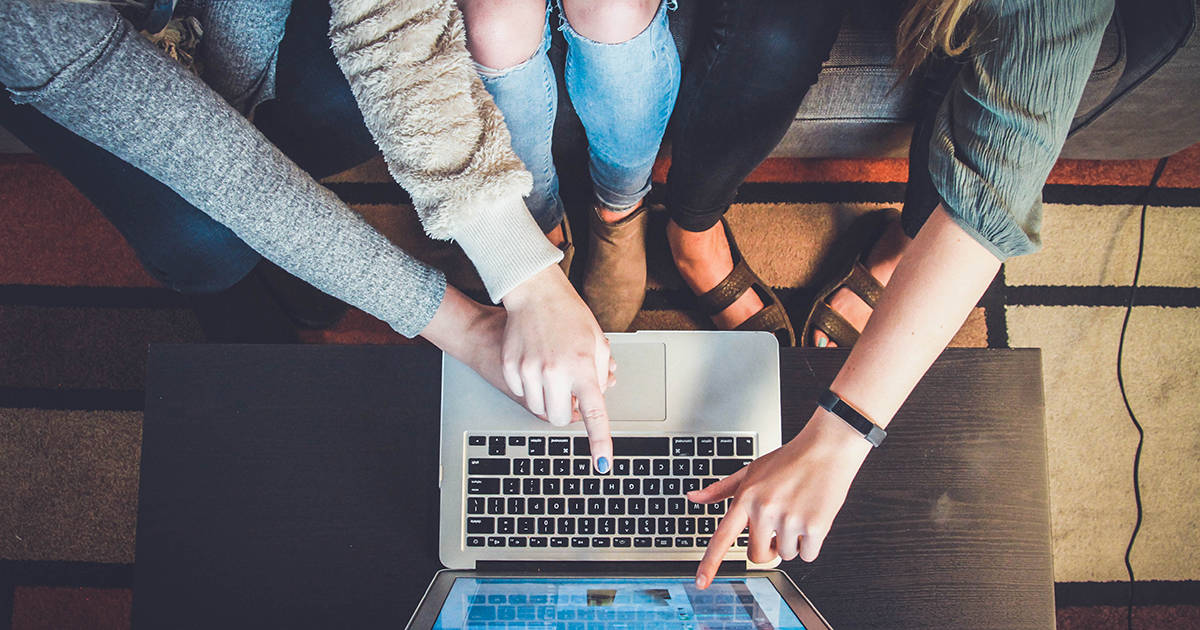 Wendy is coming in to share the 5 Ways your Mindset is standing in the way of your marketing.

Come stalk me on

my brand new VIP day puts YOU in the spotlight –

💛 sick of being the best kept secret on the int 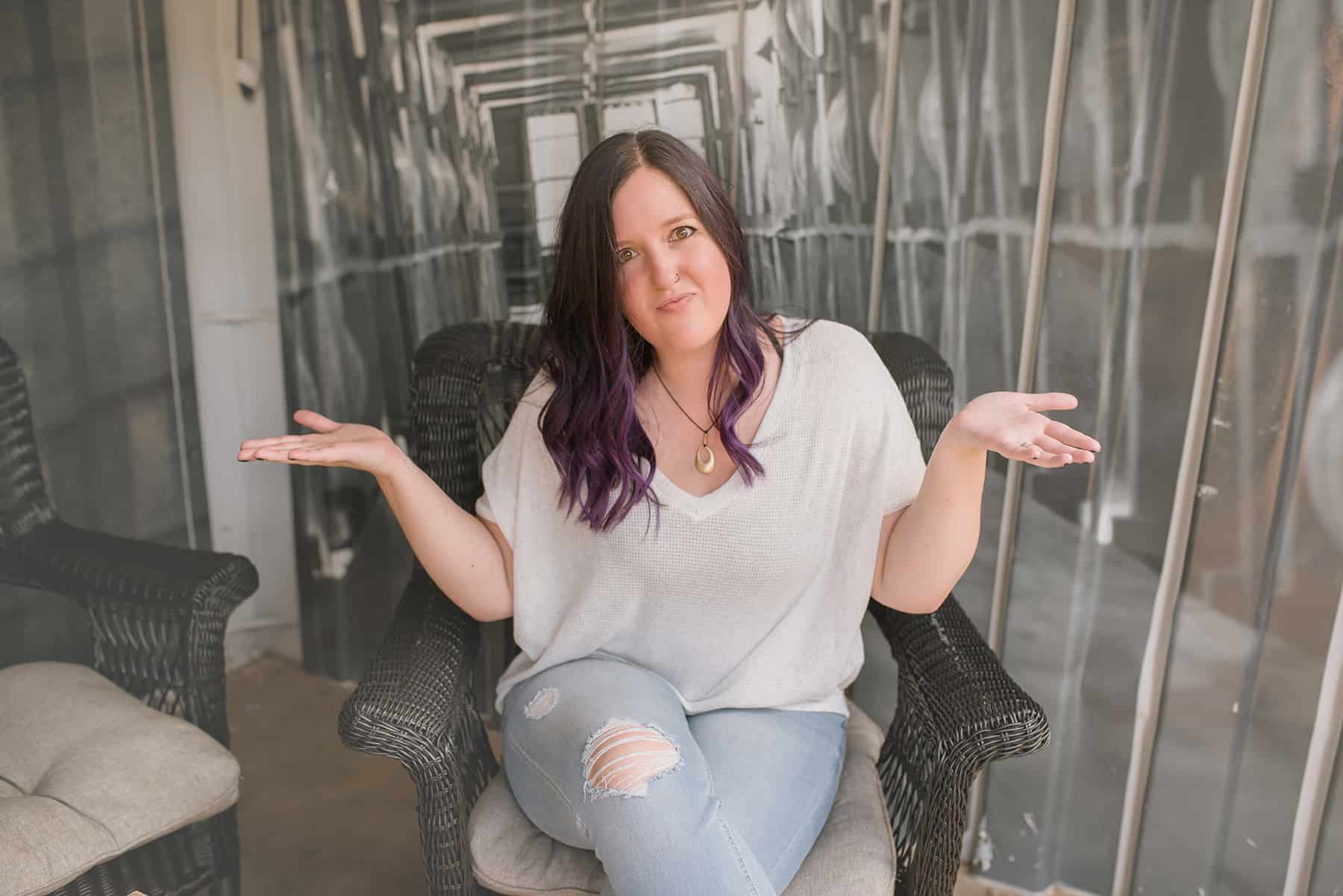 Want some help for free?

Ready to feel confident sending people to your WEBsite?

HECK YES YOU ARE, BABY

Ready to feel confident sending people to your WEBsite?

HECK YES YOU ARE, BABY